Aggregating data from heterogeneous REST APIs and streaming sources can be a pain. In order to achieve real-time insights or visualizations, developers need to efficiently combine REST and streaming data sources. But streaming data is created continuously and storing high volumes of raw stream logs prior to processing requires significant storage and bandwidth resources. Furthermore, just getting data into a database doesn’t help you build an application and it certainly doesn’t help if you’re aiming for real-time performance. So what’s the fastest way to integrate multiple heterogeneous data sources so that developers can aggregate and perform real-time transformations on the new combined data streams?

The first step is to standardize heterogeneous data feeds into a unified format. One way to do this, which has the added benefit of implicit state management, is to use the open source Swim platform. Swim uses stateful Web Agents to provide a uniform way to handle data. Using Web Agents, streaming data and stateless REST API feeds are both converted into stateful WARP data streams. Web Agents can then subscribe to peers to create aggregations. These aggregator Web Agents can be treated by application developers as a single, new data source and consumed via a unique API.

Here’s an example of a Swim Web Agent:

Writes to a Swim server are most easily accomplished using a Swim client instance, but doing so requires one of the following:

Note that the second is simply the first with an intermediary process. Either way, the process that talks directly to the Swim server updates the server by either sending commands or writing to downlinks.

Here’s how to setup a push ingress bridge using Swim: 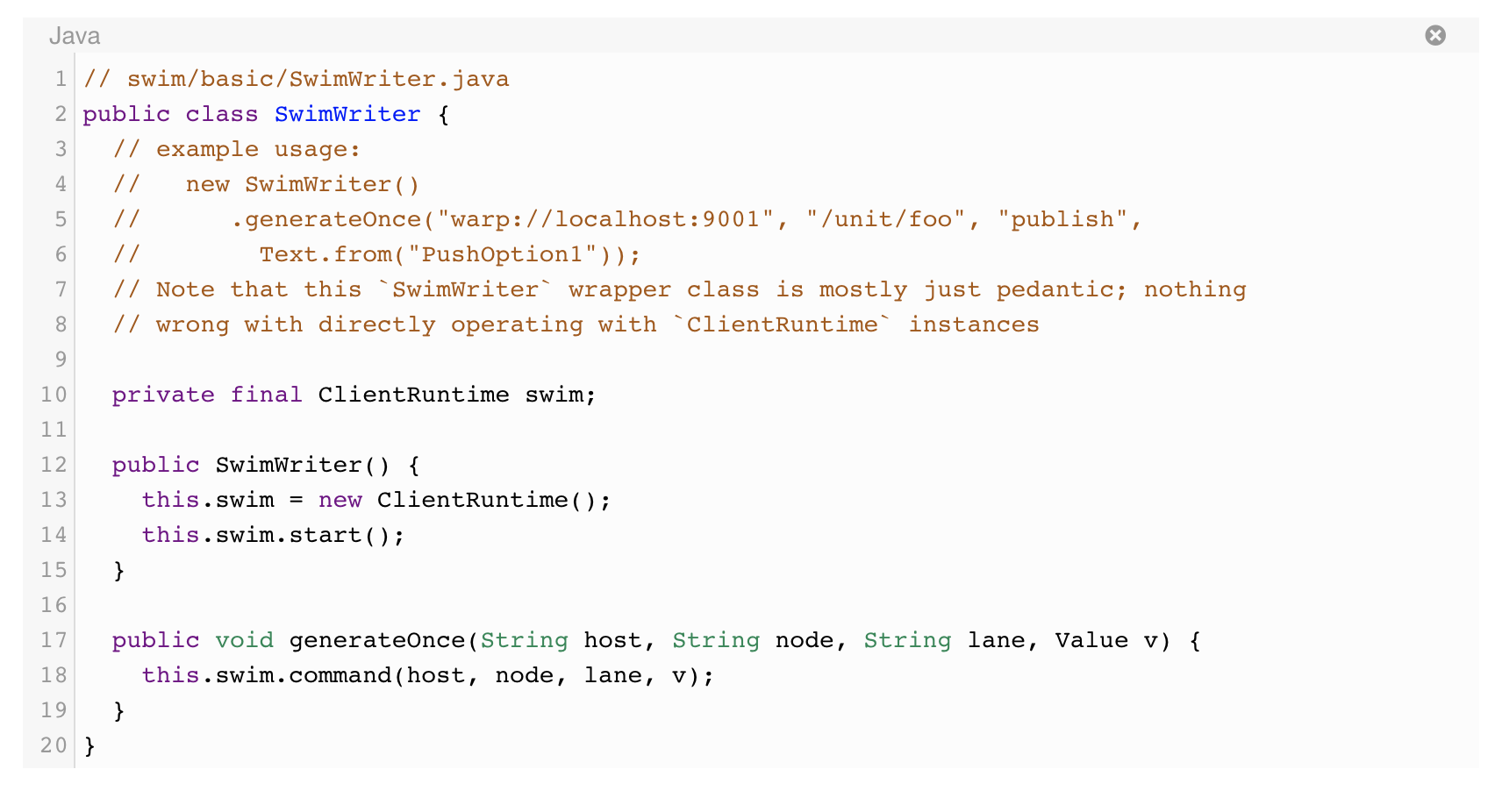 You can also create an ingress bridge using websockets. Because WARP is built on top of websockets, sending the right websocket messages in the right order, even without a proper Swim handle, can trigger actions on a Swim server. Downlinks are near-impossible instantiate in this manner, but sending commands is very simple (by design, because this is how we want non-Swim clients to write to Swim).

Consequently, this kind of ingress bridge can be written in any language that supports websockets. For example, here's what it looks like Python:

Here’s how to create a downlink between Web Agents:

Client-side, downlinks must be issued from a ClientRuntime , but the builder syntax is otherwise identical: 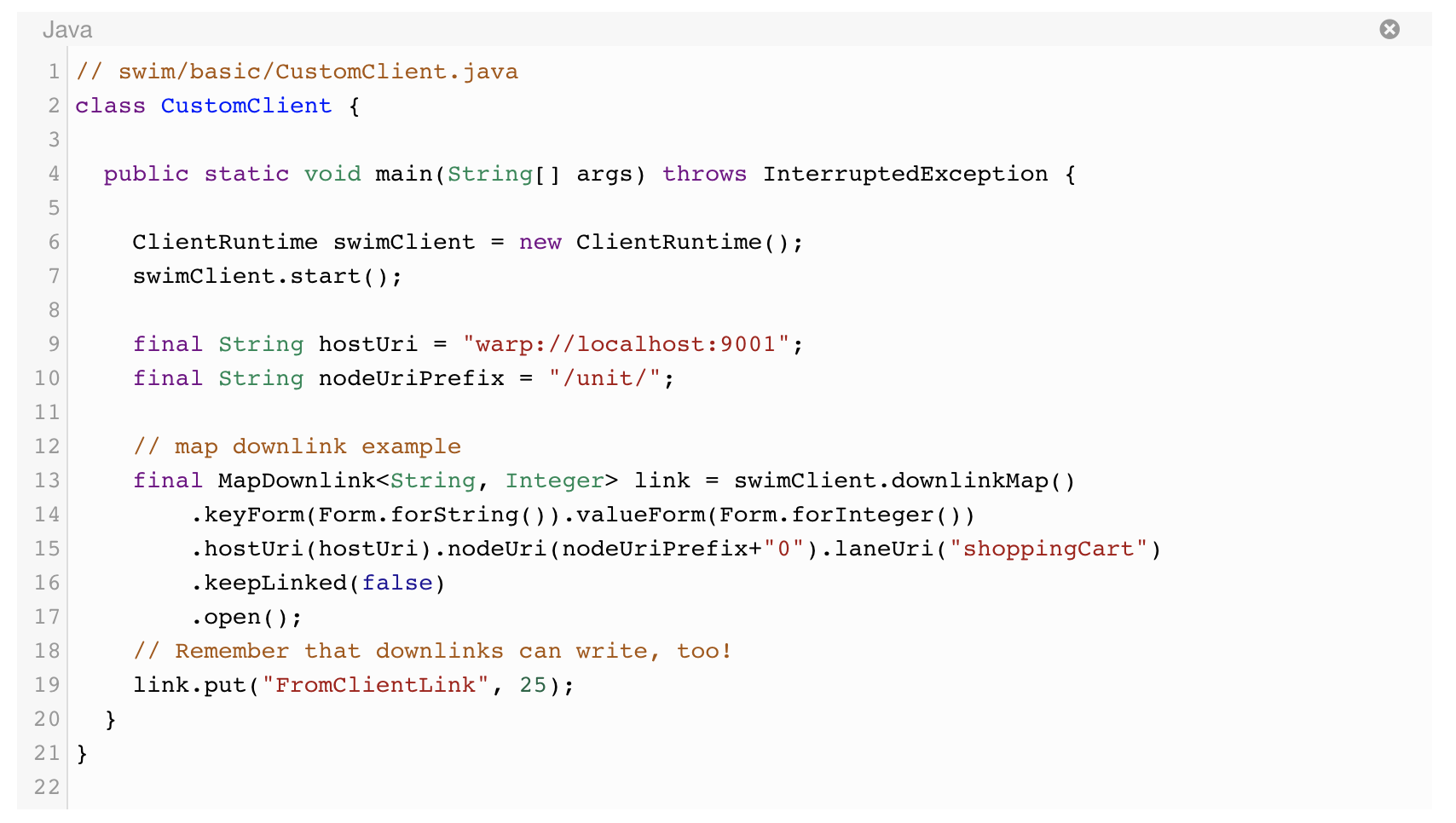 Hopefully that was a useful introduction for creating real-time aggregations using the open source Swim platform. You can get started with Swim here or check us out on GitHub.